I had no idea there was an IKEA in Brisbane until a friend told me on Facebook while we were there. The look of horror on the husband's face. It just happened to be the day that we were driving down to the Gold Coast and lookeee - right next to the motorway on exit 23. Timed it perfectly for the 10am opening (with hordes of others!).
(we do not have any IKEAs in New Zealand! I know....!!!!!)
The good husband and kid went into the cafe - sooo cheap- and planted themselves there for the next hour and a half while I tried to zoom round the place as fast as possible! Not so fast with all the people and the layout which drove the kid crazy when he went to look for me... He has been put off IKEa for life (as much as the husband I think!)
So a lovely wee pile of things.... Love their linen and especially tea towels (good for swaps too!), duvet covers, Christmas items, kitchen ware. Kid wants one of their bedrooms...
I'm sorted for a few years now I think!
The husband was great and said not a word when I lugged my IKEA bag into the cafe and then promptly sat there for a while with their free wi- fi. (Aren't roaming cell phone charges hideous! $50 worth of credit gone for barley doing a thing over 4 days...)
Also picked up 3 dresses for me (thank you Myer for your petite section. I think Farmers have just started one here too.), dirt cheap $4 tees in Big W - perfect for school/ summer - hoping they do not stretch like K- Mart ones here! - and as always magazines are a steal duty free.
And the cheap as books (2 Tim Winton's - one for a friend. $NZ27 at Big W - $NZ55 at Whitcoulls...!!!!!!) 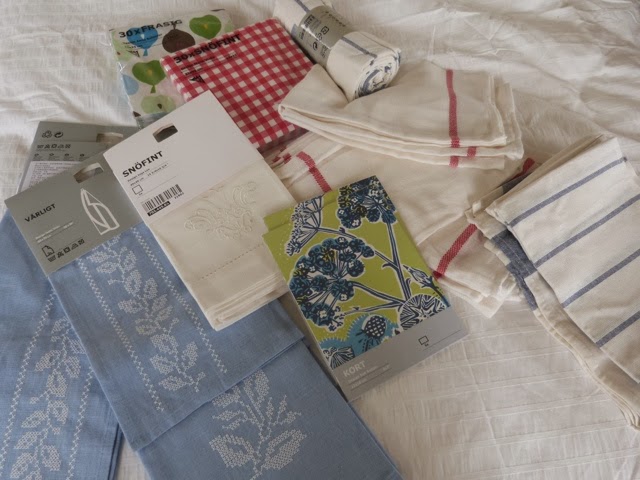 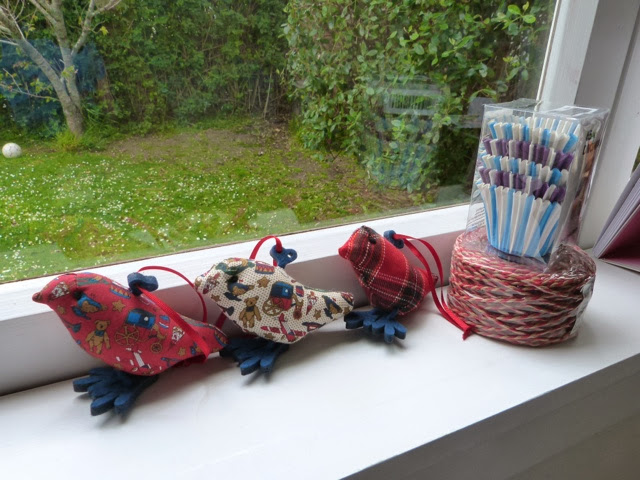 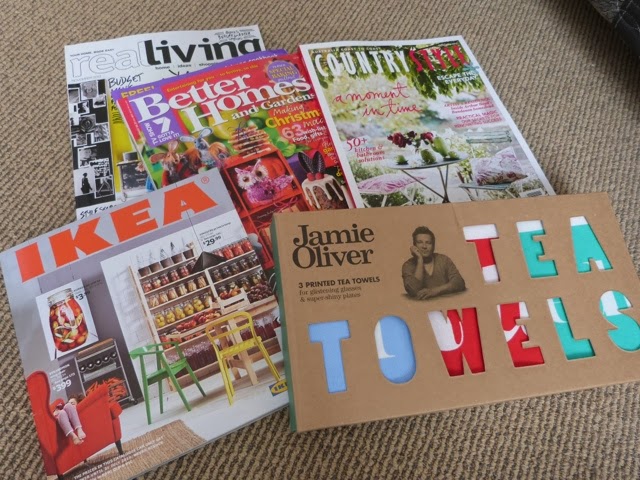 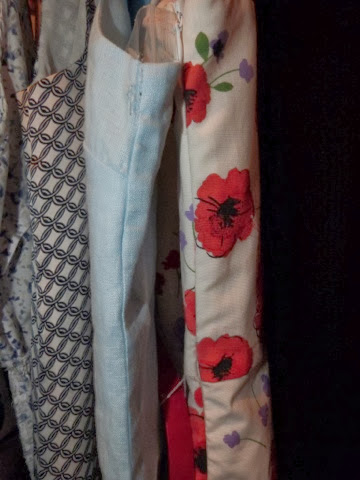 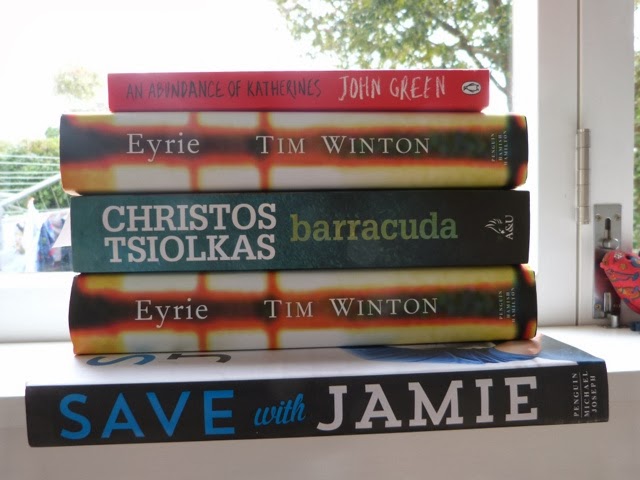