Grass verges (yeah I am a Central Aucklander!)

Grass verges. The verges (or berms) outside your front gate. Who knew they could cause such a fuss!!!
The old Auckland City Council always mowed them throughout the city. Then all of Auckland became one big council and the council stopped mowing them! Except the council did not communicate with the residents who always got their lawns mown, that they were stopping mowing them. Lots of people still do not know this and are wondering why their front lawns look like a jungle.
(for the record we have always mown ours and sometimes our neighbours one too.)
So the old Auckland City Council area is beginning to look like a dump.
I got so fed up with my street looking like a dump that today I hauled my lawn mower out of my property and mowed two of the verges at opposite ends of the street. Well the other end of the street is only half mown. It killed me and nearly the lawn mower. The grass was so blimin long!
The husband came home and told me to stop - that the lazy neighbours should do their own lawns, that the council should have told everyone and that anyway it's council property (it is) and that they the council should do it! The lawn mower has run out of petrol anyhow , so I guess the other end of the street will look like a jungle, a half mown one, for a while longer.
I guess too it may look okay at the moment, but as the husband says, was I going to mow it every fortnight???
Bloody verges. Lazy neighbours. I just don't want to walk through metre high grass...
I am impressed with my mowing .... :) 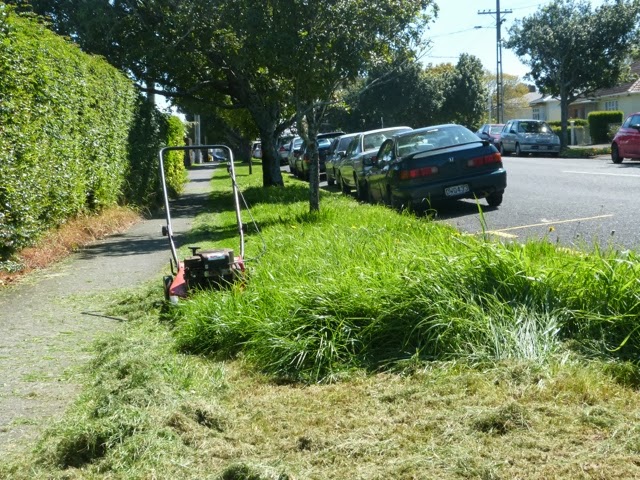 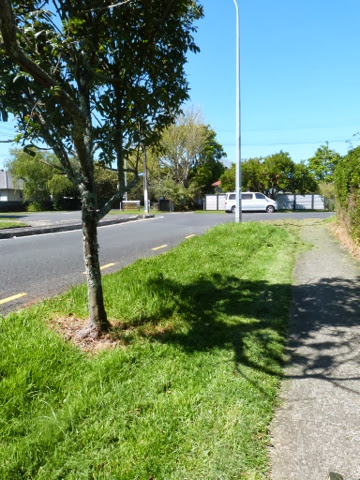 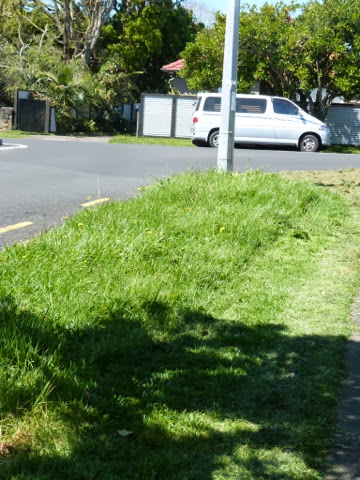 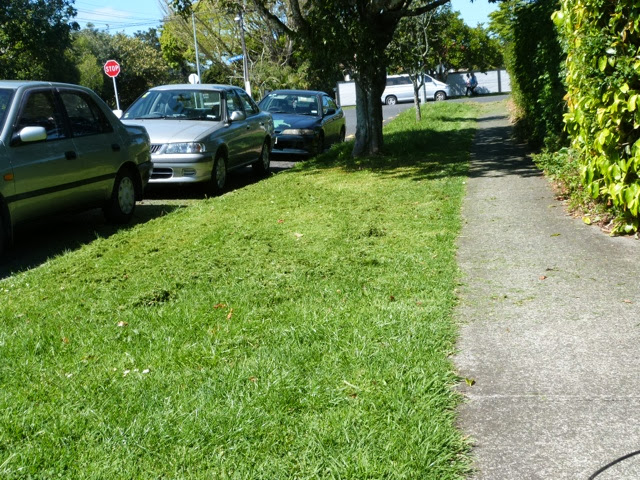