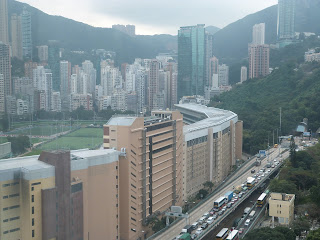 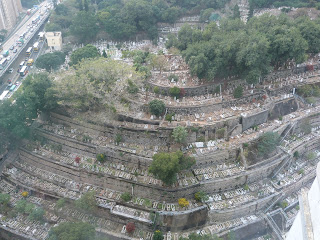 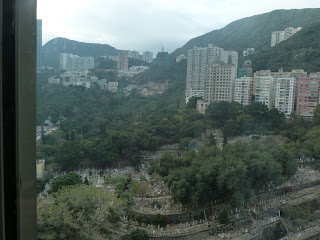 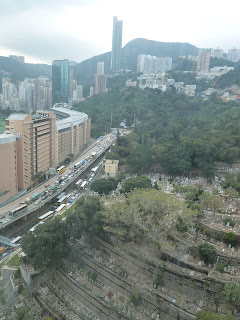 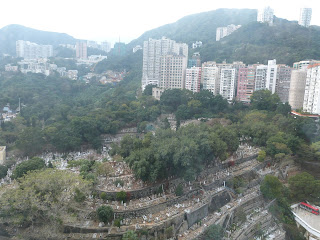 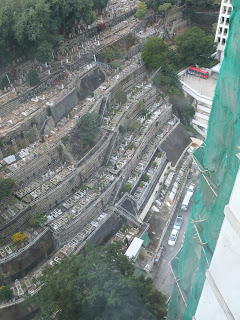 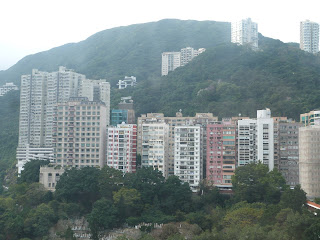 These photos were the of the view from our hotel room. It was fascinating.We stayed in a really amazing location right opposite the Happy Valley Racecourse. Betting on a horse is the only type of gambling one is allowed to do in Hong Kong, so the races on a Wednesday night are huge! We were unable to go, as children under the age of 18 are not allowed entry.
Every morning we were woken by a carphony of horns - we knew then there was trouble on the motorways coming out or going in the tunnel. Traffic was quite a sight to behold. Total kamikaze drivers whether in a taxi or a bus. They fly in and out of traffic and have little patience - horns seem to rule! The boys were totally enthralled by all the flash cars everywhere (Maseratis, mclarens, rolls royces, beemers, mercs etc). You certainly watched how you crossed the road. I was amazed at the cars right in the city, right by the thousands of people walking across the road. Public transport, whether a bus, taxi, train or ding ding (tram) was either right outside our hotel or within walking distance. The size of the underground tunnels was incredible. The London underground is small in comparison. We could be walking 10-15 minutes (or being shuffled along in a group as the youngest says!) and still be underground in the same station, trying to get from one platform to another etc.
When a train came along, everyone lined up very orderly in lines (imagine that in London!) and waited patiently for the passengers to disembark, then got on. If the train was too packed for you, you waited another 15-30 seconds for the next one to arrive. We timed it. It rather became a game some days - the boys thought the frequency was hilarious and brilliant! 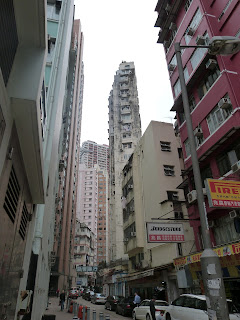 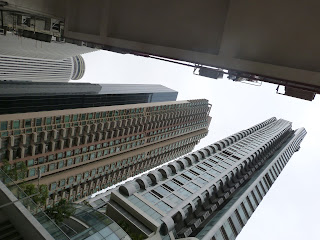 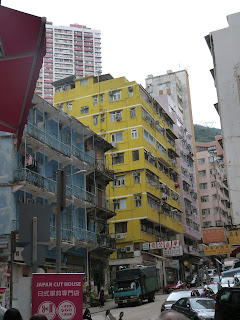 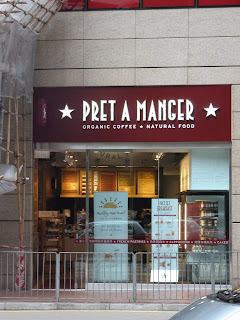 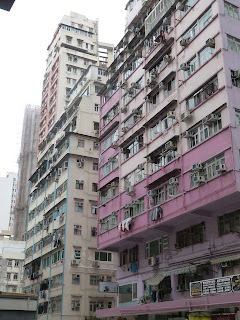 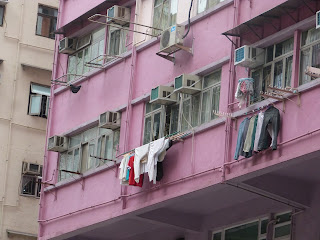 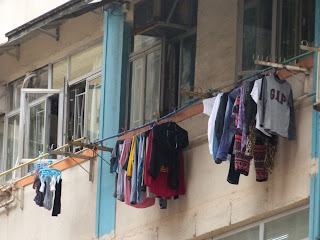 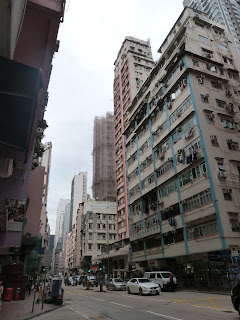 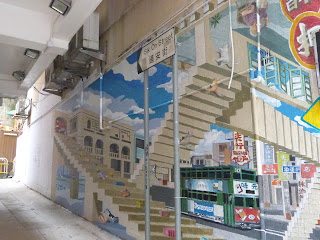 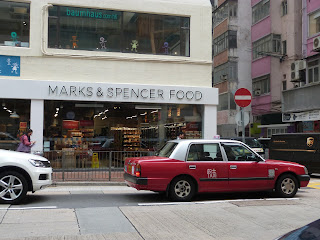 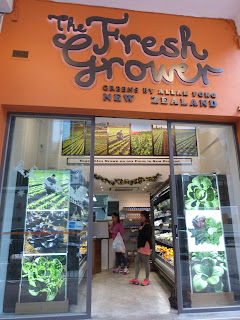 Photos above show the "village" or suburb we were in. I went walking the first morning as we needed breakfast (we never ever use hotel food!). It was a fab neighbourhood - we ended up either at the local bakery where we could buy pastries for 4 of us for $NZ6 (!) or at the local German bakery, which was a bit more expensive but amazing (you put your food on a tray, then take it to the counter) or occassionally Pret a Manger for muesli/yoghurt pottles. We stocked up on fruit at a local market (photos another day - that was incredible!). There was a Marks and Spencers food place, but I didn't even enter once (a bit too tempting I figured!). There was a Muji shop (3 little visits with oohs every visit and a little brown paper bag on my wrist everytime I left :) ); local bookshop; chemist (handcreams, lipbalms, shampoo, toothpaste - all that jazz crazy cheap prices compared to NZ and cool stuff which was new); a proper old fashioned stationery shop. It was just cool watching the day unfold, seeing students walk to school at 10-11am in the morning, little kids with nannies, people buying breakfast, at markets choosing their fish for dinner, walking past the expat pub, seeing people hang their laundry out their window, car horn after car horn etc etc. Laughed at the NZ vegetable shop - I'd pick the local market food anytime! (quarter of the price!). I became a frequent visitor of the post office too - man was postage cheap! Very cheap!
We threw the two oldest teenagers in a hotel room of their own (it was cheaper to get two rooms than one two bedroom room!) - they had a city view, rather than our Muslim cemetery view. They just told me one night - late - they ordered McDonalds (!!!) in, as you could get it delivered and that rather appealed to them! I cracked up at that! Teh 7-elevens for junk food was a bit of a magnet too as - again - it was cheap. :)

The first photo shows the Happy Valley racecourse - it was big! Every night (like at 10-11pm!) we could watch teenagers play soccer games in the middle of the racecourse - I suppose space is at a premium, so every bit of space was used well!

I loved all the bamboo scaffolding everywhere - a good renewable resource! Even the local hood was fascinating! 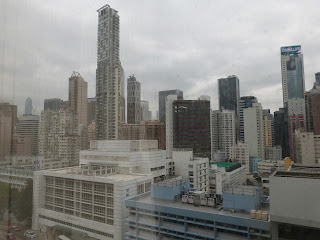 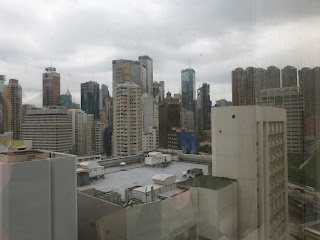