It's my life mission to one day make it to every state library in Australia.... I really had no idea of what a state library even was until I saw the South Australian one in Adelaide (and even then I only saw part of it, as discovered it too late and we were leaving early the next day). I've been to Brisbane, Queensland twice, but still never been to the state library. And i visited the Stae Library of Victoria in Melbourne last October - i think this is my favourite so far! I still can't believe we lived in Melbourne and I had never visited it until last year (maybe having toddlers back then had something to do with
it?!)

So it was on my list to visit during my recent Sydney visit. The official website it here.

I've lost count of how many trips to Sydney that I've had over the years, but this was the first time I'd even walked through this side of the city and up this road to see and visit the NSW State Library. We were here not long after it had opened on a Saturday morning. It has an old and a modern part to the library which interconnect. This is the oldest library in all of Australia being first established in 1826.
A lovely little stop, with a small, perfect gift shop and adjoining cafe. And so very, very quiet (my school library was anything but! ;) ).
We were here at 11 am for the minutes silence for Armistice Day - pretty perfect location - it already was pretty silent before then!

(the first 3 pics are just before the library). 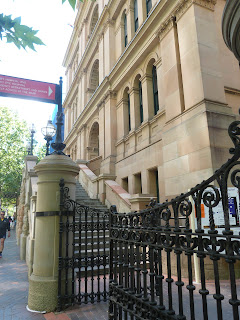 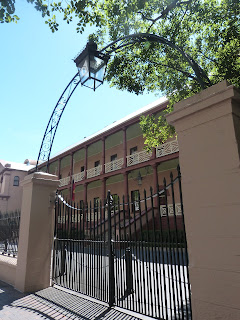 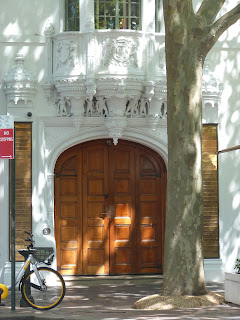 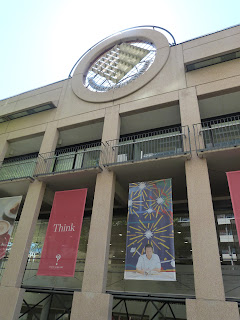 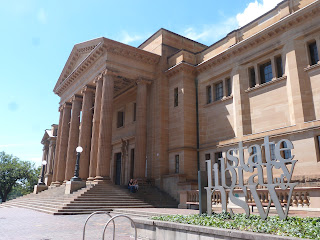 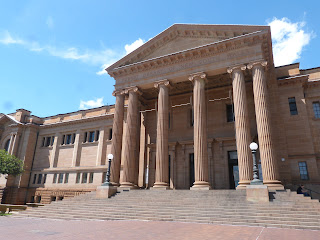 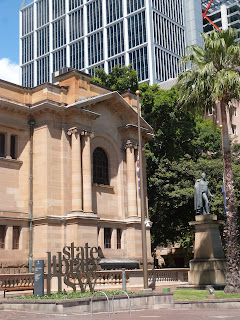 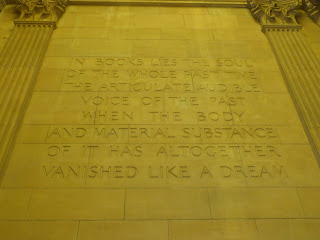 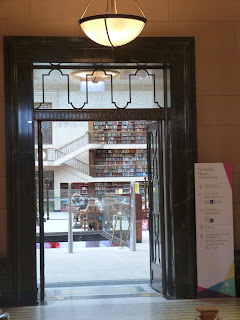 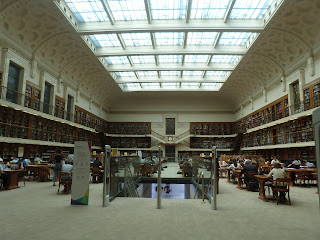 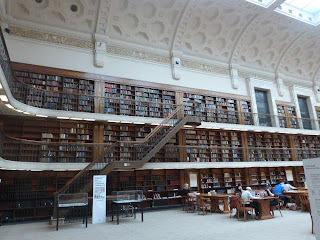 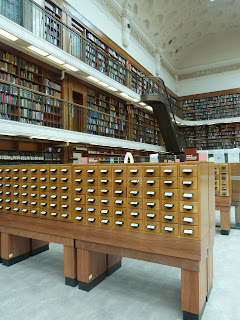 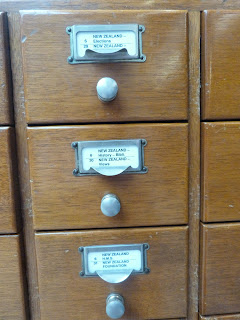 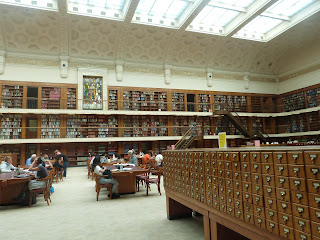 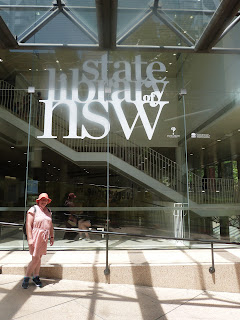 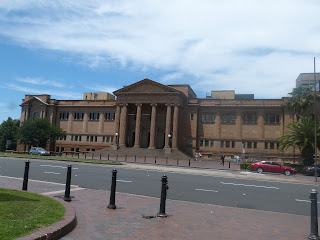 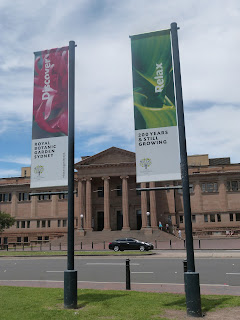 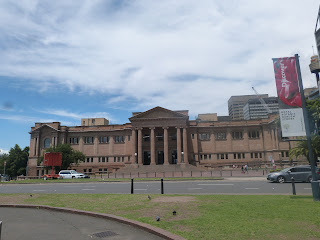 Oh how I love libraries. i was back in my old school library today, looking at some not so pretty data. It's not pretty as no-one has done anything about overdue books... 2000 of them. I might be marking 2000 missing in 2-3 weeks time before the end of the year....
Posted by Kimberley at 10:02 pm