New Zealand has been pummelled in the last 36 hours or so. North Canterbury (in the South Island) and the bottom of the North Island (Wellington)  have been hit by multiple earthquakes (the largest one being 7.5 !! ) since just after midnight on Sunday. The earthquakes were felt as far north as here (Auckland).  North Canterbury has just declared a state of emergency. Wellington has since been lashed by huge amounts of rain (today alone, a month's worth of rain has fallen) and at one stage the city was isolated due to major flooding. There are now worries that a building might collapse in the city. The city was basically out of bounds yesterday and then today you could not enter or leave.
Further south, in the South Island, major highways and the one train line are wrecked. The massive inter-island ferries are stuck out at sea as both ports on both islands are unable to be docked at due to damage.  Kaikoura is isolated, with people and many tourists from the town being helicoptered out.
Other towns are also isolated. There is little water, no phones and sanitation is becoming a problem.
Two people have been killed; many places are damaged. People are sleeping in their cars. I even think the first USA nuclear ship to visit New Zealand in decades is being roped in to help. There are still multiple after shocks and some are pretty sizeable. The aftershocks are over a massive area - areas hours and hours drives apart.


Thank you to the dear blog readers who got in touch worried about me. SO sweet and very much appreciated! We have heavy crazy rain today too, but are way north and safe. I highly suggest everyone have an emergency kit ready to go!


Thinking of the rest of the country! Kia kaha. 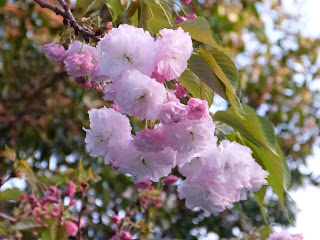 Posted by Kimberley at 6:56 pm