The views over New Zealand are stunning - the South Island especially is quite hilly! The terrain here does change with our earthquakes though! These are of the South Island, as I was heading north back to the (yep!) North Island. It's an hour fifty minute flight from Dunedin to Auckland! Pretty fast really!
The view on the other side of the plane is probably more stunning, as it would have looked over the Southern Alps area. 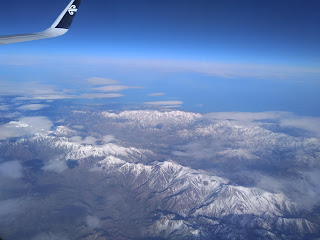 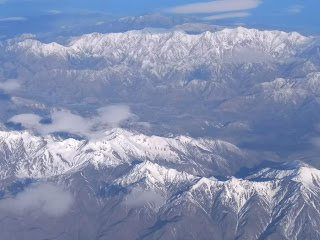 This area is known as the Marlborough Sounds which is right at the top of the South Island - it's quite stunning. 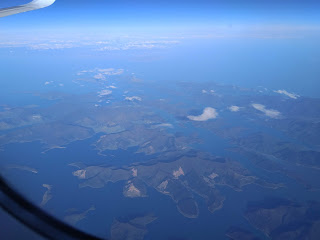 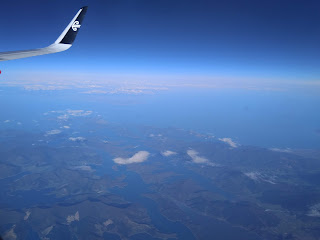 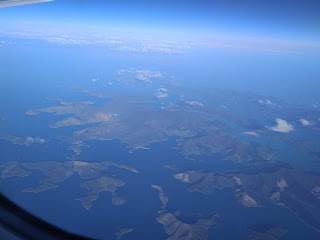 We're now way back up the country, heading into Auckland, my city. Auckland is a harbour city - 2 harbours actually. It is also pretty narrow and at one point you can actually walk from one side of the country to the other side of the country! I believe that walk takes about 4 hours. One day I'll have to do it! We also have both white sand beaches (on the east coast of Auckland) and black sand beaches (on the West Coast of Auckland). Lots of people find this really weird! it's pretty cool seeing a black sand beach - but ouch on your feet in summer!! Auckland is New Zealand's largest city with around 1.7 million people. And one of the most multicultural. We have the largest Polynesian population in the world. Auckland has many, many volcanoes - if one ever erupts, we're probably all stuffed as nobody could get out of the city due to the normal daily gridlock that our streets/city is! Oh well..... 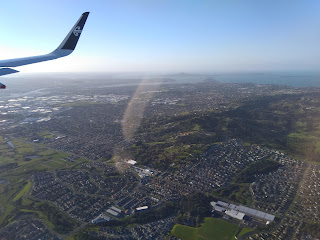 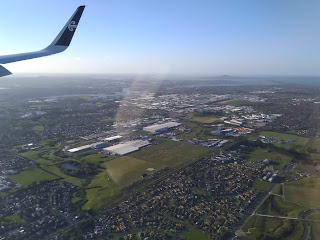 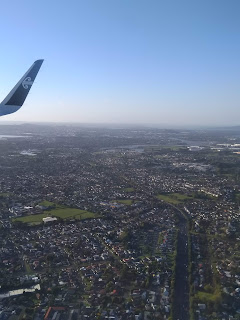 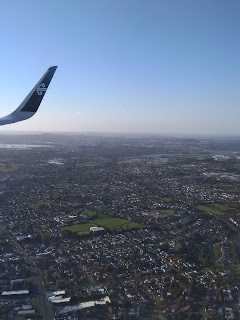 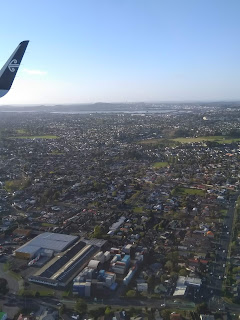 Home sweet home. I *love* travel, but I equally like being back at home!
Posted by Kimberley at 5:43 pm