The garden grows and grows

26 degrees today again! Apparently with humidity it felt like 32 degrees!
This is totally unreal for Auckland in November!!!! I think our farmers will be getting very scared of what it is like in January/ February. We had a huge drought earlier this year..
The garden is amazing - 5 weeks after we planted it!
We have kale, lettuces, strawberries, tomatoes , beans, cucumber, potatoes, passion fruit , herbs (a baking tray of herbs bought dirt cheap at the school gala. I never knew that these should NOT be watered from the top - that they need to be placed in a tray and the tray gets water poured into it. These herbs have kept fresh for several weeks now.). And a big pot of coriander grown from seed.
Love being able to go to the garden and pick fresh lettuce etc for lunch/ dinner. The tomatoes have been a bit of a battle with curly leaf and black spot, but hope we have resuscitated them!
And my roses - the City of Christchurch one you know has bloomed. And the other one that has also gone voompf is my grandmother's rose. The morning she died my twin brother whipped around to her house and took cuttings of it - 5 years ago. We all have healthy thriving roses as a memory of Grandma. Grandma also had a rose named after her - I must find out if it's actually this one and what it is called! 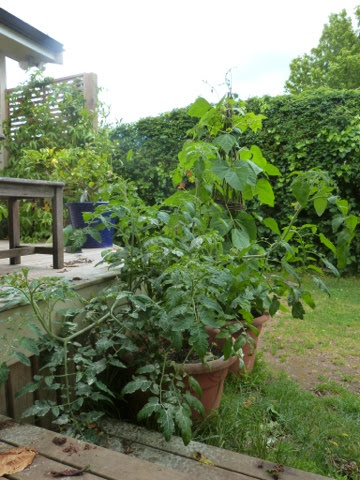 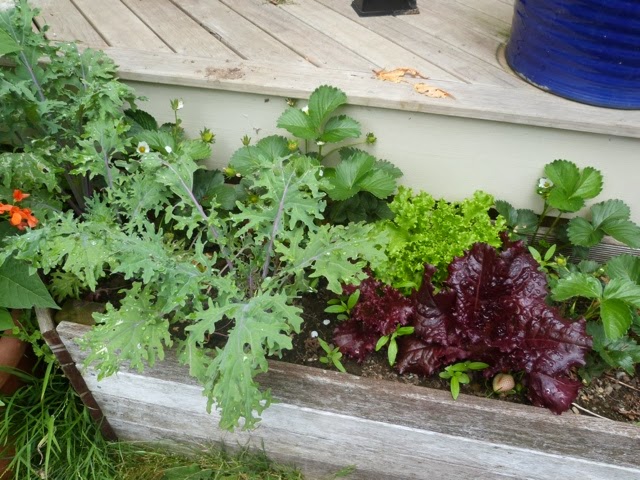 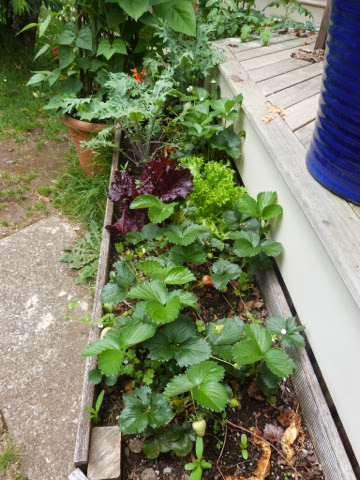 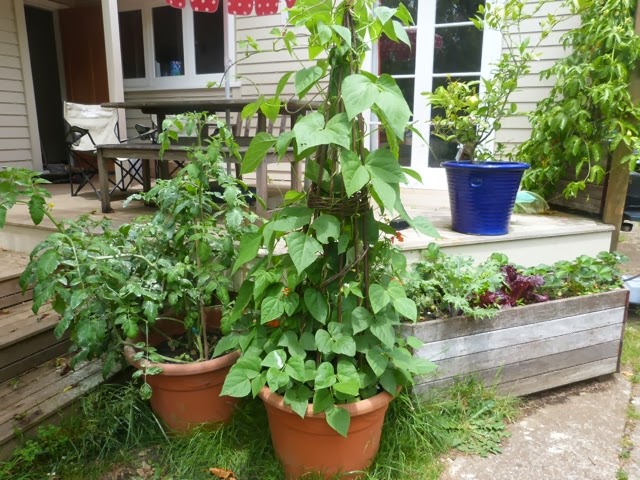 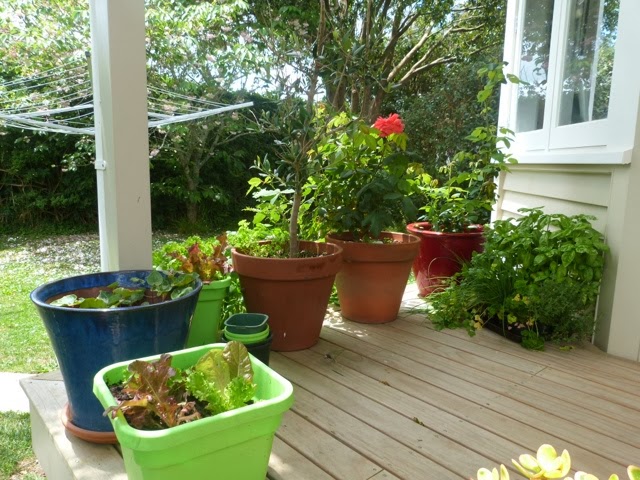 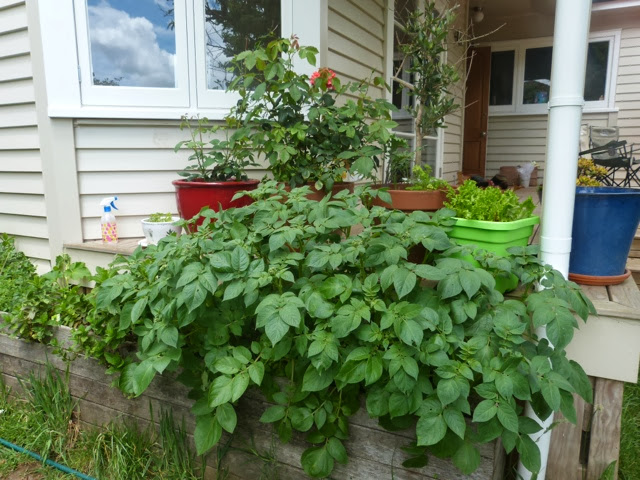 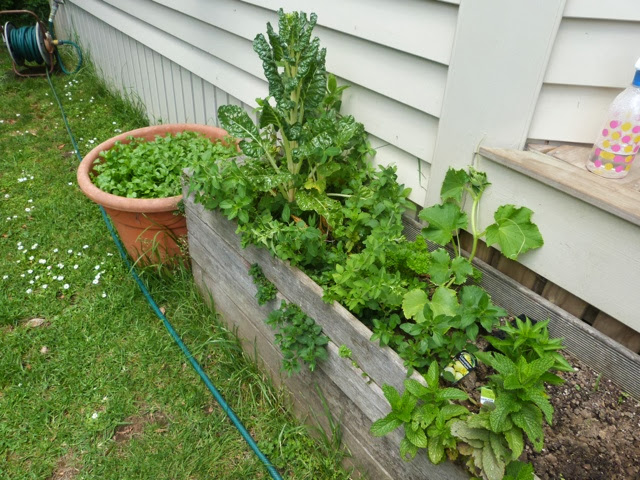 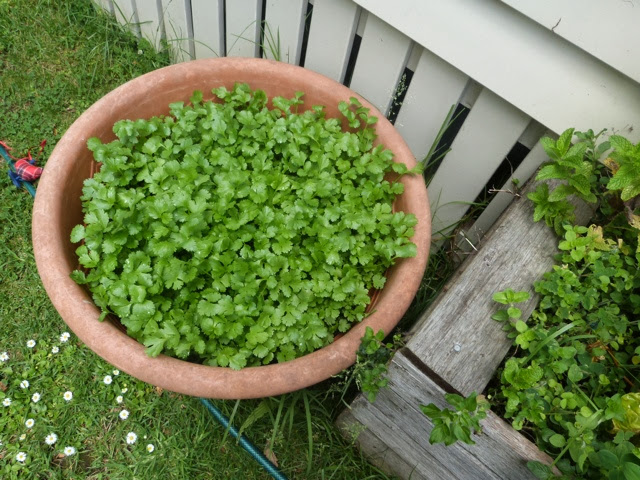 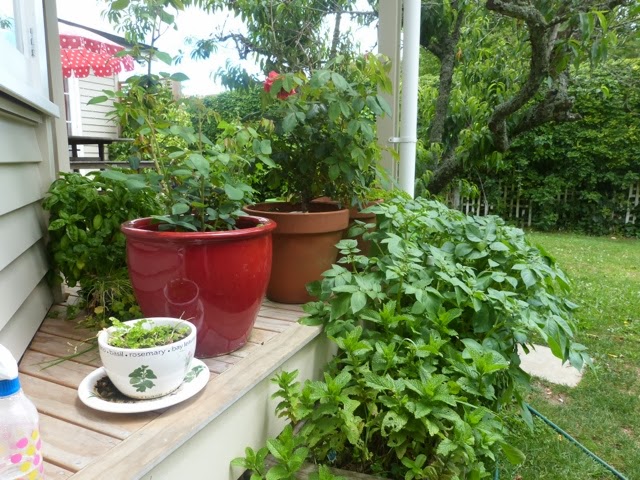 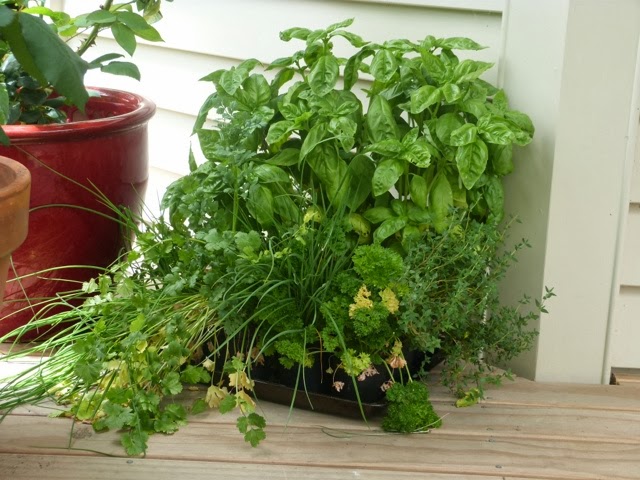